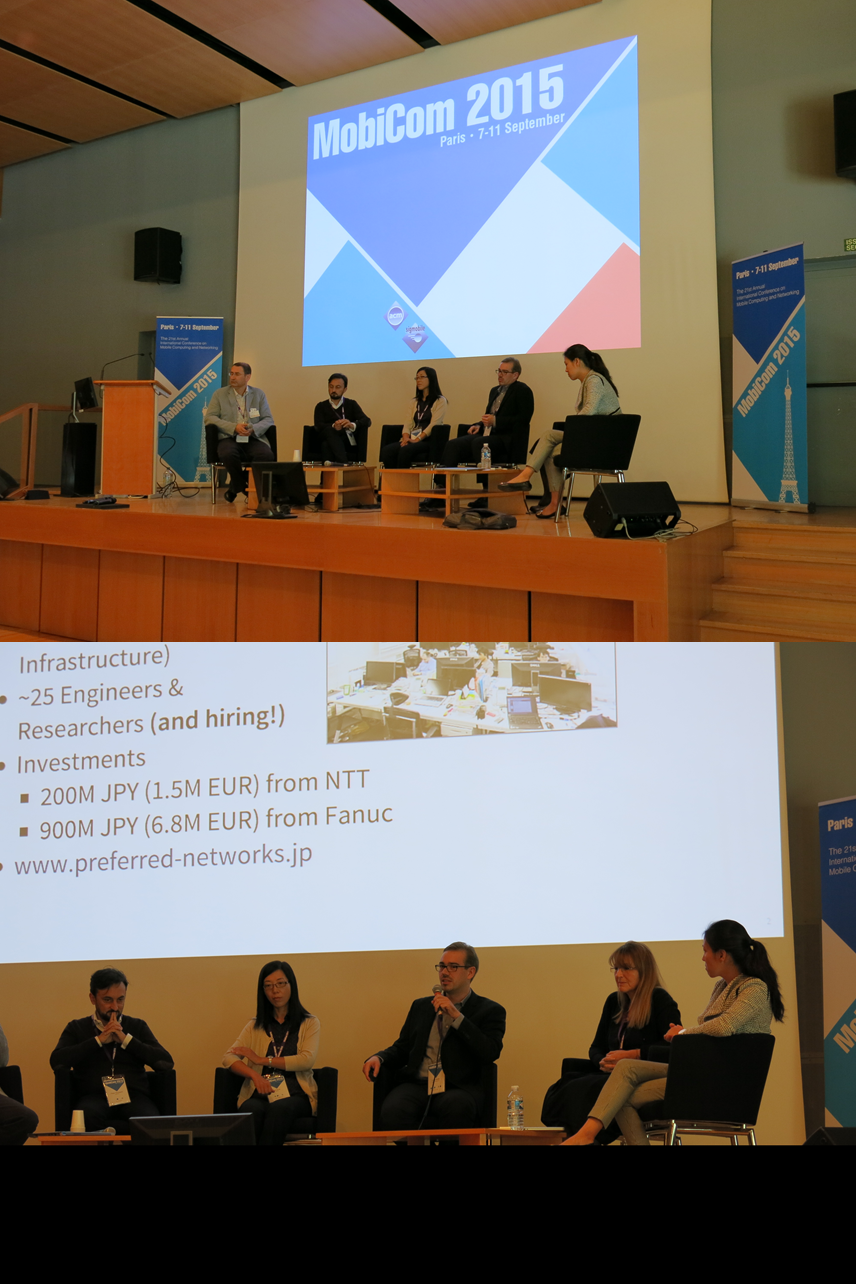 Tobias Pfeiffer, Software Engineer at Preferred Networks, participated in a panel at the 21st International Conference on Mobile Computing and Networking (MobiCom), one of the top conferences in the field of mobile computing and wireless networking, that was held from September 7-11 in Paris (France).

In the panel called “Big Data, IoT, … Buzz Words For Academia Or Reality For Industry?”
which was chaired by Wenjun Hu (Yale University, USA), Rui Aguiar (Universidade de Aveiro, Portugal), and Hiroshi Esaki (University of Tokyo, Japan), he presented Preferred Networks’ approach to the Internet of Things, based on Edge-Heavy Computing and Deep Learning. Afterwards, the panelists discussed with the audience the state and future development of the IoT, for example questions such as: “How can academic institutions obtain real-world data for their research?” or “What are important developments that need to happen to advance the current state of IoT?”