For practical application of machine learning and deep learning technologies, the ever-increasing complexity of neural network models, with a large number of parameters and much larger training datasets requires more and more computational power to train these models.

ChainerMN is a multi-node extension to Chainer that realizes large-scale distributed deep learning by high-speed communications both intra- and inter-node. PFN released the beta version of ChainerMN on May 9, 2017 and this is the first official release. The following features have been added to ChainerMN v1.0.0.

With this improved stability, ChainerMN can be used more comfortably.

By supporting the latest version, it has become even faster.

CUDA – Aware MPI implementation such as Open MPI and MVAPICH was necessary for the beta version, but ChainerMN is now compatible with non-CUDA-Aware MPI.

These features provide a more stable and faster than ever deep learning experiences with ChainerMN, as well as improved usability. 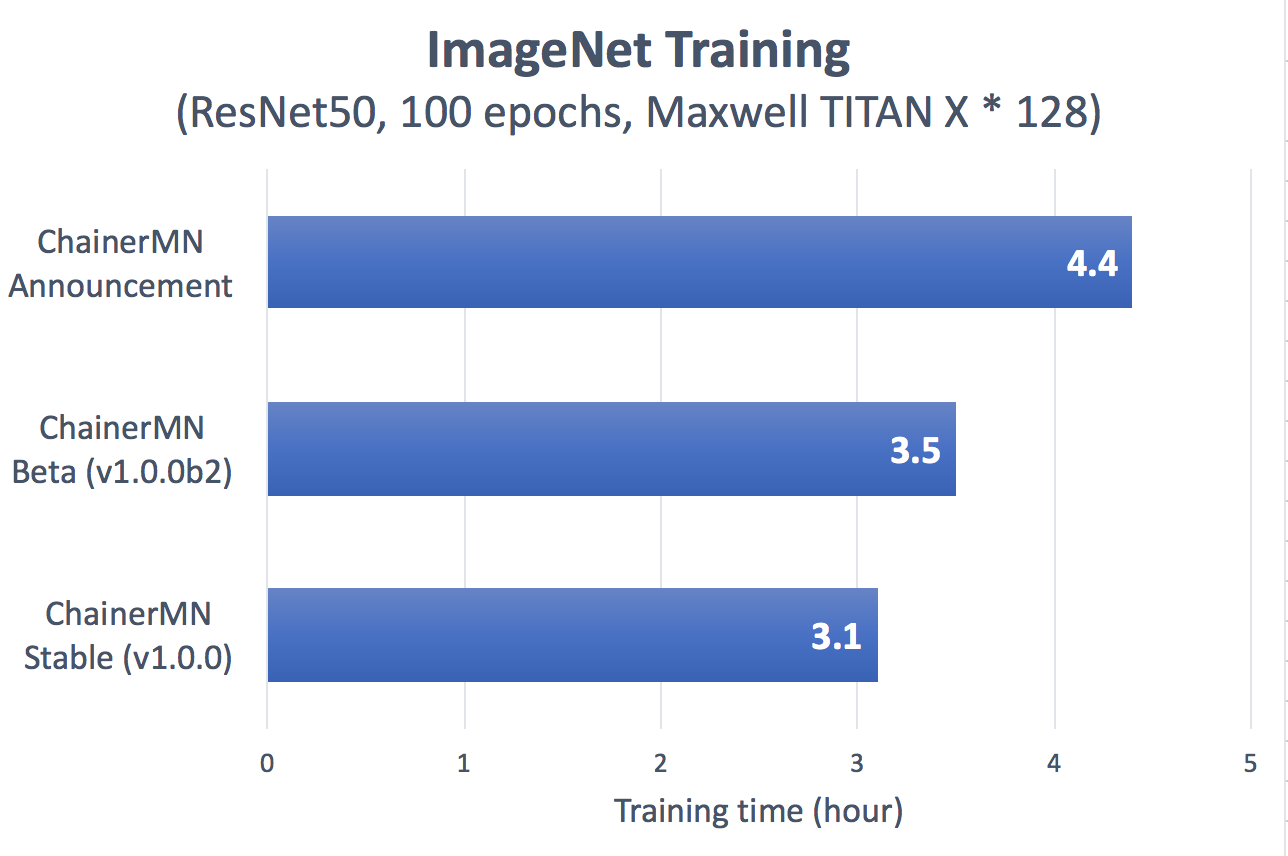 ChainerMN will be added on the distributed parallel environment templates for GPU instances of the pay-per-load public cloud, Microsoft Azure. This not only eliminates the need to construct infrastructure required for large-scale distributed deep learning but also makes it easy to manage research-and-development costs.

ChainerMN aims to provide an environment in which deep learning researchers and developers can easily concentrate on the main parts of research and development including the design of neural networks. PFN will continue to improve ChainerMN by adding more features and expanding its usage environment.

◆ The Open Source Deep Learning Framework Chainer (http://chainer.org)
Chainer is a Python-based deep learning framework developed by PFN, which has unique features and powerful performance that enables users to easily and intuitively design complex neural networks, thanks to its “Define-by-Run” approach. Since it was open-sourced in June 2015, as one of the most popular frameworks, Chainer has attracted not only the academic community but also many industrial users who need a flexible framework to harness the power of deep learning in their research and real-world applications.