Professor Fukumizu is a leading researcher in statistical machine learning. He has achieved notable research accomplishments on singular models, kernel methods, and geometrical analysis of algorithms, including the best paper award at NIPS 2017. His current research interests also include topological data analysis.

In this role as a technical advisor, Professor Fukumizu will jointly advance theoretical research of neural network models with PFN researchers by his technical advice and supervision, in order to deepen our knowledge of deep learning technology and contribute to other research and applications at PFN. 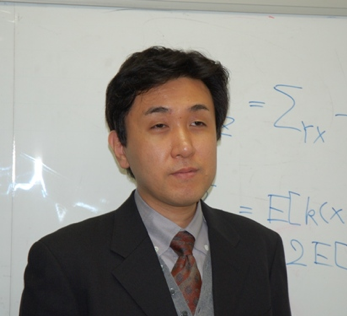 Kenji Fukumizu is a professor in the Department of Statistical Modeling at The Institute of Statistical Mathematics, where he also serves as director of the Research Innovation Center. He received his B.S. from Kyoto University in 1981 and joined the Research and Development Center, Ricoh Co., Ltd. He received his Ph.D. from Kyoto University in 1996. He worked as a researcher at the Institute of Physical and Chemical Research (RIKEN) from 1998 and became an associate professor of The Institute of Statistical Mathematics in 2000. He was a visiting scholar at the Department of Statistics, UC Berkeley in 2002-2003, and a Humboldt fellow at Max Planck Institute for Biological Cybernetics in 2006-2007. He served as Area Chair on the Program Committee of NIPS 2010, 2011, 2015, 2017 and 2018, and Area Chair on the Program Committee of ICML 2009, 2015, 2017, and 2018. He currently serves as an action editor of The Journal of Machine Learning Research.