It will become operational in July to provide a combined computing power of 200*1 PetaFLOPS*2.

By continuing to invest in computing resources, PFN will further accelerate practical applications of research and development in deep learning technologies and establish a competitive edge in the global development race. 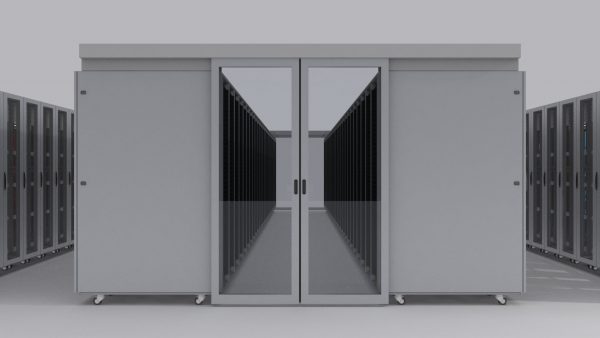 Conceptual image of the completed MN-2

MN-2 is PFN’s private supercomputer equipped with 5,760 latest CPU cores as well as 1,024 NVIDIA V100 Tensor Core GPUs and will be fully operational in July 2019. MN-2 is to be built on the premises of Yokohama Institute for Earth Sciences, Japan Agency for Marine-Earth Science and Technology. MN-2 will not only work with MN-3, which is scheduled to start operation in 2020 on the same site, but also connect with MN-1 and MN-1b, MN-2’s predecessors that are currently up and running, in a closed network. MN-2 can theoretically perform about 128 PetaFLOPS in mixed precision calculations, a method used in deep learning. This means that MN-2 alone has more than double the peak performance of MN-1b.

Each node on MN-2 has four 100-gigabit Ethernets, in conjunction with the adoption of RoCEv2*4, to interconnect with other GPU nodes. The uniquely tuned interconnect realizes high-speed, multi-node processing. Concurrently, PFN will self-build software-defined storage*5 with a total capacity of over 10PB and optimize data access in machine learning to speed up the training process.

PFN will fully utilize the open-source deep learning framework Chainer(TM) on MN-2 to further accelerate research and development in fields that require a large amount of computing resources such as personal robots, transportation systems, manufacturing, bio/healthcare, sports, and creative industries.

“We have been utilizing large-scale data centers with the state-of-the-art NVIDIA GPUs to do research and development on deep learning technology and its applications. High computational power is one of the major pillars of deep learning R&D. We are confident that the MN-2 with 1,024 NVIDIA V100s will further accelerate our R&D.”

“NVIDIA is truly honored that Preferred Networks has chosen NVIDIA V100 for the MN-2, in addition to the currently operating MN-1 and MN-1b, also powered with our cutting-edge GPUs for data centers. We anticipate that the MN-2, accelerated by NVIDIA’s flagship product with high-speed GPU interconnect NVLink, will spur R&D of deep learning technologies and produce world-leading solutions.”

*４: RDMA over Converged Ethernet. RoCEv2 is one of the network protocols for direct memory access between remote nodes (RDMA) and a method to achieve low latency and high throughput on the Ethernet.

*５: Software-defined storage is a storage system in which software is used to centrally control distributed data storages and increase their utilization ratios.

＊MN-Core(TM) and Chainer(TM) are the trademarks or registered trademarks of Preferred Networks, Inc. in Japan and elsewhere.

Preferred Networks develops a custom deep learning processor MN-Core for use in MN-3, a new large-scale cluster, in spring 2020