Optuna’s monthly downloads have exceeded 1,430,000 times, about 14 times more than when v2.0 was released. Optuna’s GitHub repositories have received over 6,800 stars, a 2.5 times increase compared with v2.0. The developer community has also grown significantly since the release of v2.0, with a total of 77 contributors and more than 1,225 pull requests. Thanks to these contributors, a range of new features have been added or improved, and bugs have been fixed in v3.0. The latest version supports new optimization algorithms, allowing users to perform hyperparameter search with increased efficiency. 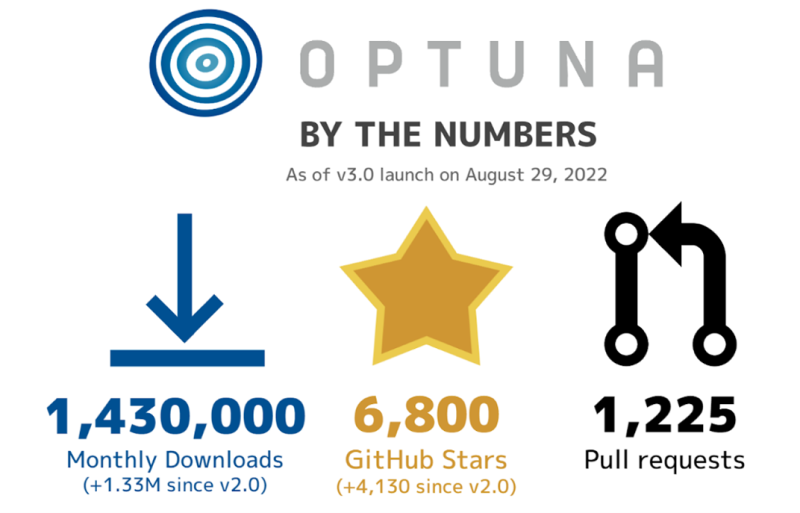 PFN will continue to develop Optuna, while prototyping and implementing advanced functionalities.

About Optuna
Optuna is a hyperparameter optimization framework written in Python. When combined with various machine learning software tools, Optuna can automate the trial-and-error process for hyperparameter search and helps control algorithm behaviors and increase accuracy. Since open-sourced by PFN in December 2018, many external contributors have joined in its  development. Optuna have been used for a variety of machine learning projects around the globe, including the team Preferred Dolphin’s first-place solution at Kaggle Happywhale, a competition held in April 2022 for identifying individual whales and dolphins.