The Japan Media Arts Festival publicly honors highly creative, artistic works in four fields of media arts: Art, Entertainment, Animation, and Manga. The annual festival was first organized in 1997 and has since recognized and awarded outstanding works. This year, it has received 4,192 entries from 98 countries and regions around the world, the most in its history, and has announced a grand prize winner, four excellence award winners, and three new face award winners in each of the four categories.

PaintsChainer has drawn a huge reaction on Twitter and other social media sites the moment it was released in January 2017 as a free online service that colors black and white sketches automatically. It uses a deep learning technology to recognize faces, clothing, and other background objects on an uploaded sketch image or picture, and color them automatically or based on a specified color. Currently, it provides three different coloring models Tanpopo, Satsuki, and Canna.

The jury cites the significance of providing an automatic coloring platform as a free web service as the main reason for giving the Excellence Award to PaintsChainer. 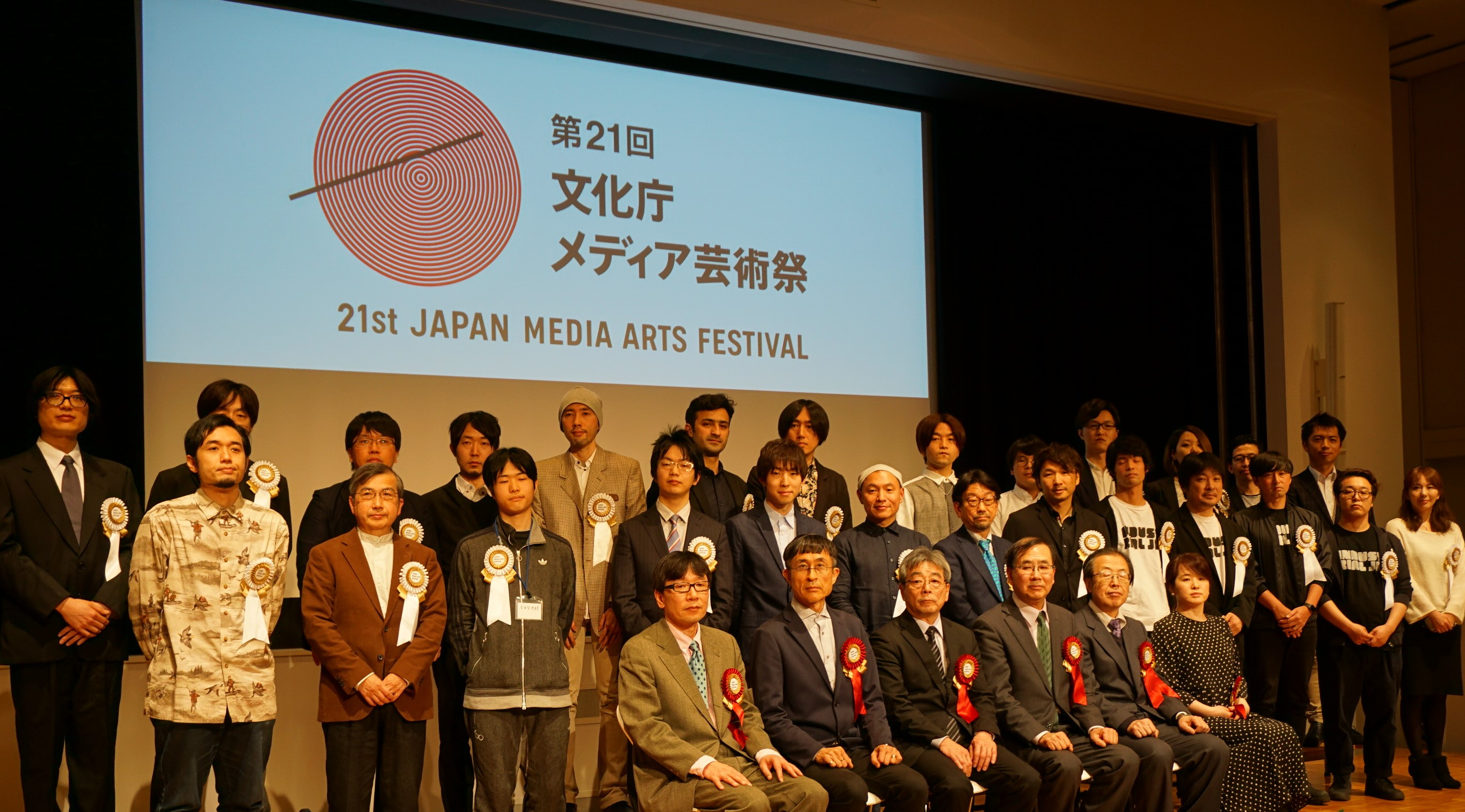 A commemorative photo of award winners taken at the press conference at the National Art Center, Tokyo. The fourth person from the left in the middle row is Taizan Yonetsuji.

PaintsChainer was developed by one of PFN engineers Taizan Yonetsuji, who has commented as follows:

It all started as my personal project, so I could also study deep learning. I feel very honored to receive such an award and am truly grateful to my senior colleagues who have taught me about deep learning, everyone at Preferred Networks who has supported the launch and operation of the service, and all the users who have said PaintsChainer was fun and enjoyed using it. We will make PaintsChainer even greater while continuing to take on other new challenges.

All the award-winning works that represent the media arts of the modern times will be shown to the public during the exhibition, which also includes symposia, artists’ talks, workshops, and other related events.